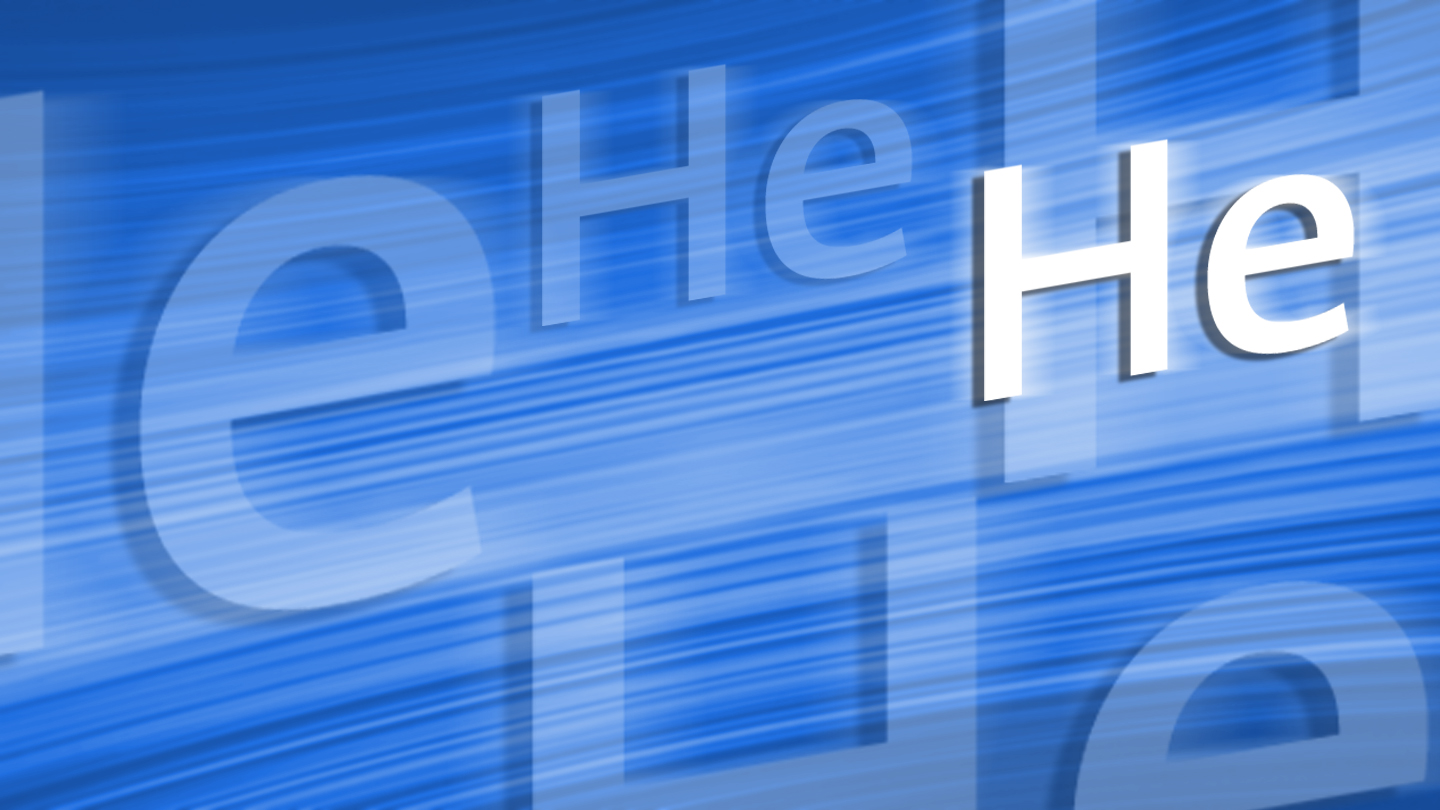 Helium is found in minute proportions in the atmosphere, less than 0.001% in air. It can also be found in a certain number of natural gas fields, where it results from the natural radioactive decay of heavy elements in the earth’s crust, in particular, uranium and thorium. It is helium extracted from the natural gas fields where the concentration is greater than 0.1% which is sold in liquid and gaseous forms today.

The extremely low temperature of liquid helium is used to maintain the superconducting properties of magnets in applications such as Magnetic Resonance Imagery (MRI), Nuclear Magnetic Resonance (NMR) spectroscopy, and particle physics research. Gaseous helium is used as an inert shielding gas in metal arc and laser welding. It is also used as a coolant to transfer heat effectively, thanks to its high thermal conductivity,  in the fibre optics and electronics industries. It serves as a carrier gas for gas chromatography (GC) in analytical laboratories and as a leak detection gas in a wide range of industries. Being both lighter than air and non-flammable, helium is used to inflate both balloons and airships.

Air Products offers liquid helium and compressed helium gas in a variety of purities and in various modes of supply around the world thanks to our network of storage and transfill facilities.

For the ultimate in gas purity

High pressure cylinders and packs for industrial use

Let our applications specialists help you understand the benefits of using helium in your operation.

Is it safe to breathe in helium?

NO! Helium displaces oxygen in your lungs quicker than not breathing at all. Prolonged inhalation can result in asphyxiation and death

Balloonium® Integra® Cylinders — Easier and Safer to Use

Our Safety Data Sheet (SDS) library allows you to search and find the SDS you need--in the language you select.